Some years ago, I photographed Roy Rogers at a meet and greet in New Jersey. A friend of mine recently forwarded an email which reflected on some of the television characters from our childhood years, like Roy Rogers and Dale Evans, The Lone Ranger and Tonto, Sky King and Superman and Sgt. Friday, Captain Kangaroo, Mr. Rogers, and Captain Noah, and “all those people from children’s television in the 1950’s whose lives touched ours, and made them better.” Nostalgia for those years afflicts many of us “baby boomers,” who remember fondly those years when there were great television heroes during our childhood, who tried to teach us right from wrong, and “how to have and show respect for each other and the animals that share this earth.”

As a result of the invention of television, “we were able to grow up with these great people even if we never met them. In their own way they taught us patriotism and honor, we learned that lying and cheating were bad, and sex wasn’t as important as love. We learned how to suffer through disappointment and failure and work through it. Our lives were drug free.”

While these inferences strike a chord with just about everyone over fifty, there is a deeper issue which many of these nostalgic messages seem to miss. These reminders of life during what now seems like a time of innocence and uncomplicated choices, while they evoke a genuine charm and sense of delight, are actually a result of us remembering, not so much the charming particulars from our daily lives, but rather how the experience of those events and pleasures made us feel, and how they compare to our lives today.

The emphasis generally centers on our fondest memories, and neglects the accompanying difficulties and trials of those times. We lament the passing of simpler times and uncomplicated lifestyles, and yet those times contained many of the same charms and delights that exist in our lives today. We just have to look a little harder because our youthful perspectives have become obscured by maturity and balanced by adversity. 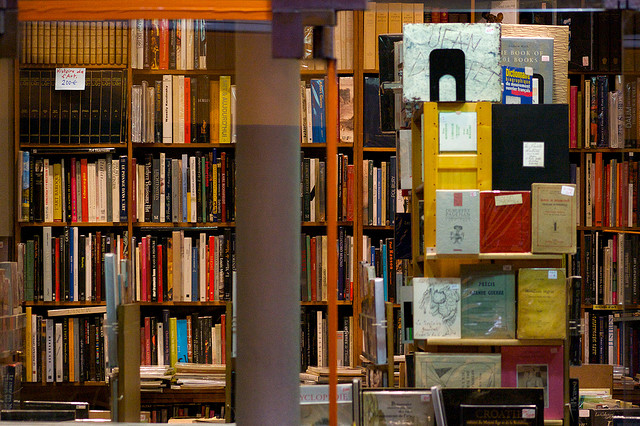 A good illustration of how life has changed over the years can be found by reviewing a recent column by Marc Fisher of the Washington Post, which expressed sadness about the loss of the neighborhood bookstores to the much more economical and less complicated practice of ordering books online at places like Amazon.com. In much the same frame of mind as many of us who cherish the experience of walking amongst the rows of freshly printed pages and browsing our favorite sections, inhaling the scent of new books and cappuccinos, and thumbing through our cherished, secret, and silent worlds, Mr. Fisher’s lament struck such a chord with me that I emailed him expressing my empathy and agreement.

Not even thirty years ago, I wrote to Darryl Sifford of the Philadelphia Inquirer about a column he wrote, which I typed on a manual typewriter and sent to him in an envelope with a stamp. A week later, he responded with a nice note which he also typed on a manual typewriter and mailed to me. I sent my email to Marc Fisher by clicking “send” on my “Hotmail homepage” with my “mouse” at 5:58 PM and received his response at 6:04 PM, just six minutes later!

I’m guessing that our children or grandchildren will be sending each other some kind of “Holographic Laser Visual Message,” remembering how quaint it used to be to type an email on a keyboard, and rather than calling older folks “older than dirt,” they may end up calling each other “older than silicon” or something.

Humanity has begun to evolve less through natural selection and more toward artificial selection as a result of the quantum leaps in new technologies, and as with most circumstances that result from radical changes, those who are able to adapt seem to fare better than those who either cannot or will not embrace the inevitable changes that adaptation demands.

However, what we cannot do is to lose sight of what lies at the core of our humanity. No matter what evolution may require of us as temporal beings in order to adapt and survive, within us and all around us, there is a unity of all living things which connects us to each other and the wider universe.

Jonas Salk, the great pioneer of the polio vaccine, once wrote that “Evolution is no longer a case of survival of the fittest, but rather one of survival of the wisest.” We are now entering one of the most important epochs for our species, and we must find a way to bring humanity together, without sacrificing the hard-won progress of our ancestors that brought us this far. There were many great aspects of our childhood that are no longer existent in the same way today, but the promise of the future, represented by our children and our grandchildren is even more important to consider as we evolve in the centuries to come.