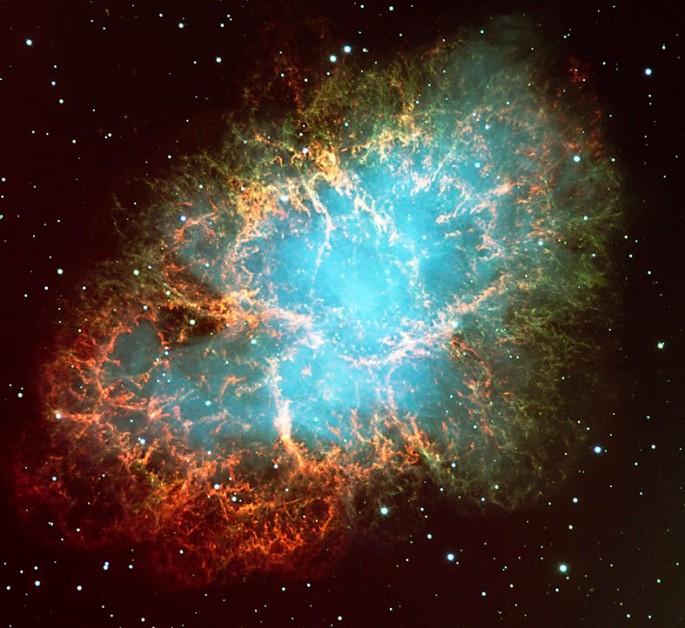 NASA / ESA and Jeff Hester (Arizona State University)
The Hubble Space Telescope has caught the most detailed view of the Crab Nebula in one of the largest images ever assembled by the space-based observatory.

When I look out into the night sky, especially when I consider the vastness of space and contemplate the cosmic proportions of the distances between earth and the nearest objects we see beyond our own solar system, I can’t help but feel a genuine sense of awe and mystery, in spite of the astonishing technologies which allow us to view such spectacular images as the one displayed at the top of this page. Even though those technologies have opened our eyes and expanded the reach of our very human minds to include such wonders, as an earthly species with no other as-yet-apparent cohabitants in the vastness of the universe, we have to wonder about the implications of each new discovery, and try to figure out where we fit in all this vastness.

A recent study by scientists about the Crab nebula in the constellation Orion detected gamma ray emissions far greater in intensity than any ever observed before, turning our understanding of the phenomenon on its ear:

The study was led by Nepomuk Otte, a postdoctoral researcher at the University of California, Santa Cruz:

“These new details of the Crab pulsar could change scientists’ understanding of gamma-ray emissions and how they are generated,”

Andrew McCann, a Ph.D. candidate at McGill University in Montreal, Canada, and a co-author of the new study:

“We thought we understood the gamma-ray emission, and this was really becoming a foundational feature of our models, but that’s now thrown out,” McCann explained. The gamma-ray beams that were detected from the Crab pulsar exceeded 100 billion electron-volts, stronger than anyone or any theories projected — a million times more energetic than medical X-rays and 100 billion times stronger than visible light, the researchers said.

“Possible explanations for the Crab pulsar’s intense beams have been suggested, but the researchers said that plenty more data will need to be collected before the mechanisms behind these gamma-ray pulses can be better understood.” 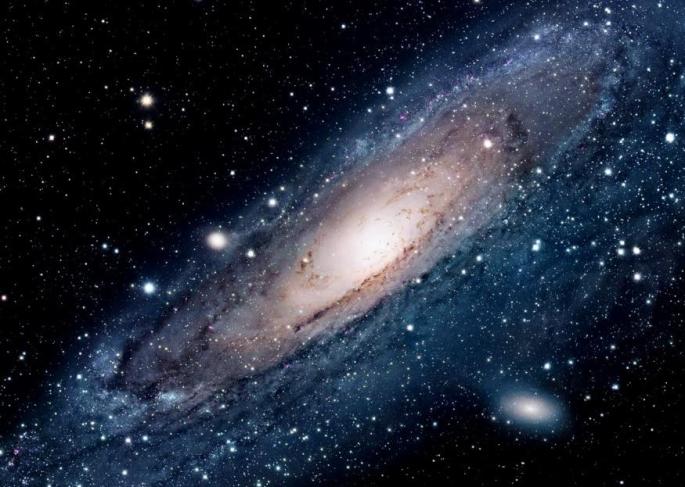 Even spending just a little time looking up into the vast ocean of stars on a brisk autumn night into the area of the “W” shaped constellation Cassiopeia can reveal wonders almost beyond imagining. The Andromeda galaxy pictured above is approximately the same size as our own Milky Way galaxy, and is one of the few objects which because of its brightness can be seen with the naked eye, or viewed more easily with binoculars. It is situated some 2.5 million light years distant from our own galaxy, and contains hundreds of billions of stars, the light from which only reaches us after a trip at the speed of light lasting 2.5 million years.

I find it impossible to contemplate these concepts without wondering how anyone could view such wonders and not contemplate the astonishing evolution on earth which produced creatures who not only found ways to reveal the existence of distant galaxies and detect enormously intense gamma radiation beyond anything known previously, but who also experience these wonders as consciously aware entities in what appears to be a nearly infinite realm. The subjective experience of consciousness facilitates an awareness that even today, with all our advantages intellectually and technologically, is only a fraction of what might be awaiting the cognitive creatures of the centuries to come.