Life, for me, began rather precariously and very nearly ended as soon as it began. As I entered the world, all of the normal techniques for encouraging a baby to breathe were not succeeding. I was, in the terminology of the day, a “blue baby.” According to my parents, in a last desperate attempt to stimulate breathing, the doctor struck me on the back of the head, which (thankfully) was sufficient to urge the first cry to fill my lungs with the necessary oxygen. From that day forward, many of my finest moments, as well as movements in new directions, have come about as a result of similarly abrupt events.

As each of us begins life, we aren’t exactly a blank slate. We are programmed to an extent by our human DNA, constructed of genetic material contributed by our parents, commingled in the dance of conception, created in a confluence of chromosomes, and we inherit a variety of characteristics as a member of our species. For some, this represents a formidable source of predisposal to all sorts of inclinations, and constitutes an overwhelming tendency toward an irrevocable human nature. However, neuronal development in the human brain from before birth to adolescence involves an amazingly complex process, which ultimately results in the writing of our essential mental record. Assuming generally good health and a sufficient degree of nurturing by our circumstances after birth (and providing that we are not deliberately manipulated), in general terms, we are essentially an unwritten record.

Nature has equipped us to survive and thrive by perpetuating a marvelous and rare evolutionary flexibility. We are, under most circumstances, purely and simply, a bundle of potentiality, unencumbered at birth by deliberate or malicious influences. Much depends on what happens after we are born. In spite of an array of inherited obstacles over the millennia, humans have displayed an exceptional capacity for innovation and may follow any number of paths.

There are both daunting limitations and extraordinary possibilities inherent in the evolutionary process, and in spite of powerful genetic predisposition, humans have demonstrated time and again the ability to overcome these limitations and take advantage of the possibilities that result from our adaptive nature. No one may violate the laws of physics, of course, but determined effort and persistence have led humanity through some of the most daunting challenges that nature can conjure. 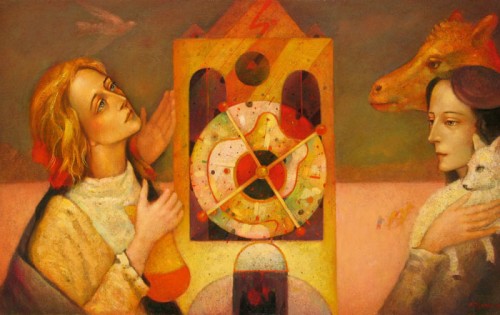 Wholly separate from the science of life–biology, evolution, and cosmology–lies the underlying source of life–some sort of primal causality. Somewhere over the hundreds of thousands of years since the first inklings of conscious awareness stirred within us as a species, we eventually reached a level of cognitive ability that permitted us to wonder about the nature of phenomenal existence. As we evolved, we sought to understand what it is that animates the living of a phenomenal life. With the advent of civilization and symbolic writing, we began to record our ideas and images, eventually creating everything from ancient rituals to virtual reality, from astrology to astrophysics, from pharaohs to philosophy.

Is life simply just mysterious, or are there transcendent aspects of perception, or ineffable components to consciousness, or certain undiscovered capacities within us, that leave open the possibility of an essential and fundamental mystical element? One need only review their most profound experiences, their most intuitive responses to the unexpected events in their lives, and become acquainted with the whole range of inscrutable human experience through history, to begin to suspect that there may be more to life than meets the eye. Whether this equates to something that defies explanation, or to a mystery that simply hasn’t been unraveled as yet, the full exploration of our very human nature sometimes requires us to reach beyond what is definitive, and ponder the possible in whatever direction our hearts and minds and spirits lead us. To do anything else is to limit our search and our selves.

4 thoughts on “Life: Mysterious or Mystical?”