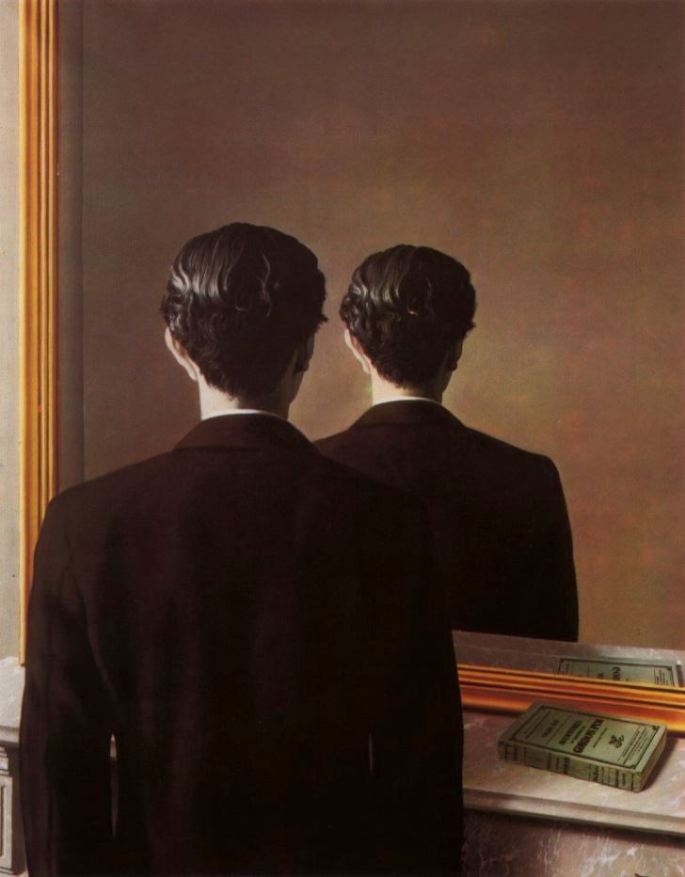 “There is an existence for me, of which I am an inseparable part, that is beyond the physical dimensions of time and space. It beckons to me in nightly dreams. Whenever I shift my gaze to my inner world, I sense that there is a path leading to it, and I must find a way to connect to it. Leading me into this world is an ever-present emptiness–a void for which no earthly offering seems sufficient. It is a longing–an unquenchable, unearthly thirst that drives me to seek solace in the waters within.”

– Journal Entry from my personal journal

As a very young boy, I frequently had astonishing experiences in my mind as I grew in my temporal life, which I found perplexing, not because I was young so much, but more importantly because I had no context within which to comprehend them. It was basically forbidden by my parents and teachers, and their strict Catholic rules, to examine anything that happened within or without except as it applied to Church doctrines. If it couldn’t be explained that way, it was simply to be viewed as “one of God’s mysteries.” This environment, which for most young people is stifling at the very least, was for me, a particular torment, as my whole being ‘knew” that this way of looking at things just didn’t make any sense.

It took leaving home at the age of 20 to join the military to escape what felt like the absolute rule over my mind and soul, and once liberated from this suppression, it was not surprising at all that the first really extraordinary event came at me with such force, that it nearly disabled me completely. It was so disturbing, that I took the extraordinary risk of seeking out a mental health professional at the military base where I was stationed. It was a risk because I was training as a military intelligence specialist with a security clearance, and any demonstration of unusual or reckless behavior or any report of such behavior, could lead to dismissal and reassignment. Much to my surprise, my sessions with this professional person, while not particularly helpful in resolving the explanation of this event, did point me in a helpful direction, and I began my own research into a variety of disciplines in my quest for understanding. The event was dismissed by the counselor as the stress of being separated from my family for the first time in my life, and I went on to successfully become an accomplished military intelligence specialist.

The more I studied and read and contemplated and researched, the more intrigued I became by the notion of an “inner life.” Some of the most extraordinary events of my life took place during those years, half of which were in the USA and the other half in Europe. It was during the cold war, and I was assigned to monitoring and intercepting Soviet military transmissions and operations in East Germany. During my tenure in Europe, I had the distinct advantage of having been trained in the USA as a German linguist, and this proved to be the single-most important training I had ever received. It opened many doors and resulted in extraordinary experiences that never could have happened otherwise.

At the height of my powers with the language and my research, I attended a German school in the city of Kaiserslautern, taking a course of instruction on the “Science of Creative Intelligence,” which included Transcendental Meditation as the means to reach the core principle of all creative potential within us. It launched me into the world within me in a way that no other experience ever had. I seized upon the knowledge and the openings it provided with great enthusiasm, and upon my return to civilian life, I continued the search whenever the opportunity allowed.

I wrote a fairly lengthy report of this experience when it occurred, but was never really able to make heads or tails of most of it. I continued to review and refine the writing over the years, and have recently felt that I have progressed sufficiently in my understanding to begin the work of formalizing the writing into some form that might be useful to many others, who I suspect have faced similar difficulties. Perhaps it might shed some light on our current world circumstances in a way that would increase the chances for an eventual resolution.

Of particular relevance is the portion of the work which deals with the recognition of particular individuals we encounter and our efforts to determine their importance in the grand scheme of our lives. Since I have come to terms with these experiences from my past, almost always, when I encounter startling or unusual circumstances, it generally signals to me that I should be alerted to the arrival of an important event in my inner world.

The compelling inner conviction I have regarding the existence of a spiritual component to consciousness is so strong, so real, and so powerful, that even if I could set it aside, I do not believe that I would. It is saturated with positive energy. It feels so intensely right in my heart, so powerfully stimulating to my mind, and so beneficial to my soul, that all of my previous education and conditioning to resist the experiences that inevitably result, have failed to dissuade me from pursuing it.

This conviction is strengthened whenever I reflect upon how I have been affected in the past by what I perceived to be the lack of success in previous experiences. My repeated failure in my youth to connect in a meaningful way with the other spirits I encountered often left me so bereft of fulfillment that I would try to compensate in ways that were not especially productive. In retrospect, I recognize how unprepared I was when such spirits would burst forth into my temporal existence. After examining a lifetime of what I considered “lost opportunities,” it seems more probable to me now that other forces may have been at work in my life. When I found myself in the presence of a particularly kindred spirit, the spirit within ME surged with an urgency to move closer. All of my work to come to terms with and to put into words, the core matter of the nature of human consciousness since that time represents nothing less than the very essence of my spiritual longings.

Even these days, when I encounter a kindred soul, each moment increases the certainty of feeling of being connected to them, and yet, it is frequently accompanied by a chaotic swirl of uncertainty regarding how to reckon with the feeling. The periodic incongruous nature of particular temporal circumstances, which appear to be in disharmony with the spiritual, used to be a great deal more daunting for me. There are still times when I am perplexed by the character of the experiences surrounding particular events and pivotal moments. I used to attribute this disharmony to my own inability to bring the circumstances together correctly. It always seemed that there was something wrong with ME.

The realities of the temporal world have not escaped me. I haven’t been flying blindly into the sun. I’ve lost my footing on occasion due to some extraordinary circumstances which occasionally accompany these experiences, but even what initially may seem like a disappointment can eventually lead to further positive development of our growth as an individual. Every aspect of the spirit within me is invigorated by the possibilities existent in the potential represented in the spiritual connections we encounter as we move forward.

More recently, I have come to understand that the very nature of life itself is rooted in uncertainty, and most temporal outcomes are largely undetermined, except in the laws governing phenomenal properties and principles. The laws of physics are both beautiful and exquisitely illuminating with regard to the physical universe. They can be relied upon to predict many outcomes with astonishing precision. However, as well as science has equipped us to understand the nature of particular temporal events and phenomena, the unpredictable intervention of human beings and their cognitive responses to natural events are far less comprehensible.

Within the temporal world of the phenomenal and the predictable, but likely beyond both the laws of physics and the dogmas of religion, we may one day discover the unpredictable and poorly understood world of unseen and currently undetectable forces that may be driving life itself. What we might call the “universe of the spirit,” and the degree to which we can interact with it or gain access to it, is at the heart of the uncertainty of life. In my view, life is a manifestation of the “universe of the spirit,” and the nature of that existence, and everything that can be described within that universe, cannot be explained completely in terms of only either belief or reason.

All of our experiences as cognitive creatures over the centuries since consciousness has manifested itself have required us to devise ways of referring to these ineffable aspects of life and existence, particularly as they apply to human nature. We must acknowledge them as being existent in a domain which is as far removed from the temporal plane, as we are from both the quantum world of the very small, and the farthest reaches of the physical universe.

6 thoughts on “Belief and Reason”