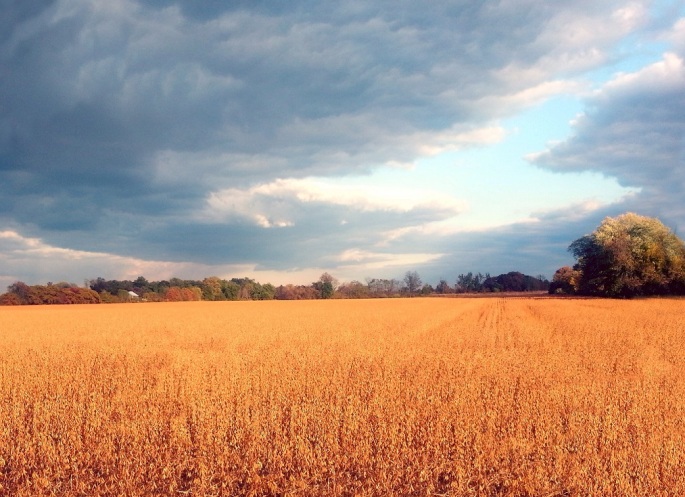 Recent travels to a variety of outdoor locations in pursuit of appreciation for the ever-changing hues of autumn have stirred my heart and mind in all the ways one might expect; viewing the subtle and not-so-subtle transformation from the lush greenery of summer to the vibrant colors of autumn reminds us simultaneously of life’s impermanence and its cyclical nature. But more than that, some recent emotional and mental stirrings within me have created a sense of urgency to consider the interrelatedness of all life, and propelled me to revisit several locations which hold particularly important memories and emotions at their center. One of those locations was the Neshaminy State Park in Pennsylvania, which holds many years of memories and emotions for our family. 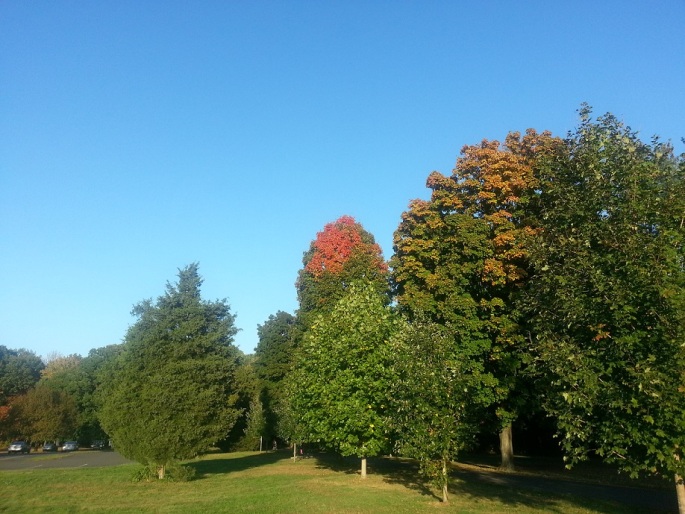 Strolling through the path along the Riverwalk a few weeks ago, only the very beginnings of changing color were to be seen, and yet the cool air and the occasional brisk gust of wind hinted at the changes yet to come. It was along this winding path that my late brother enjoyed many of the seasonal changes over the years, and he came to mind often as the path opened ahead. 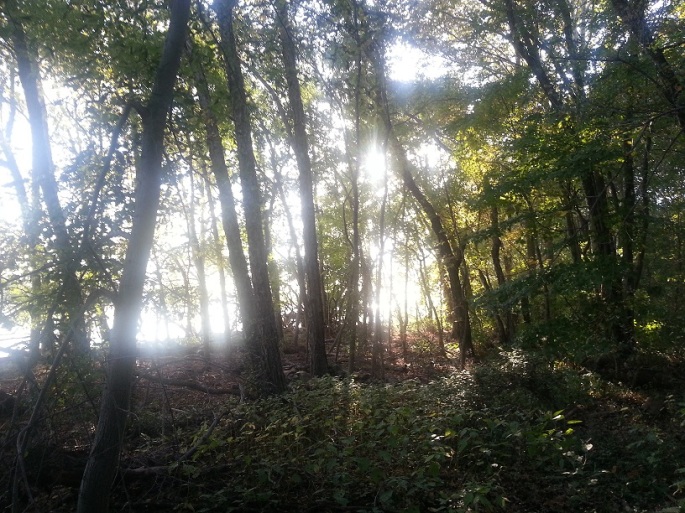 At times, the path leads through fairly dense tree lines, and the late afternoon sun provided numerous moments of stark contrasts of light and dark, creating silhouettes of the natural branch formations and leaves lingering still upon them. 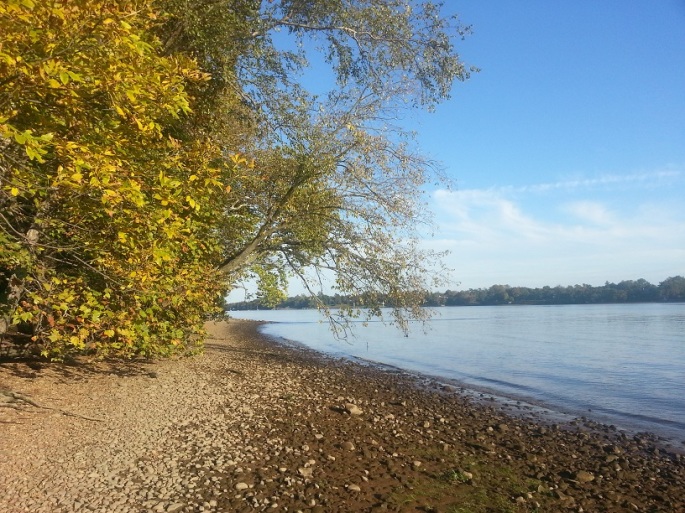 A highlight of the walk comes where the lowering of the tide reveals a narrow field of stones which provides the opportunity to view the Delaware River as it gives way to Neshaminy Creek. It is very easy to imagine how such scenes might become part of the inner emotional landscape experienced through years of visiting. 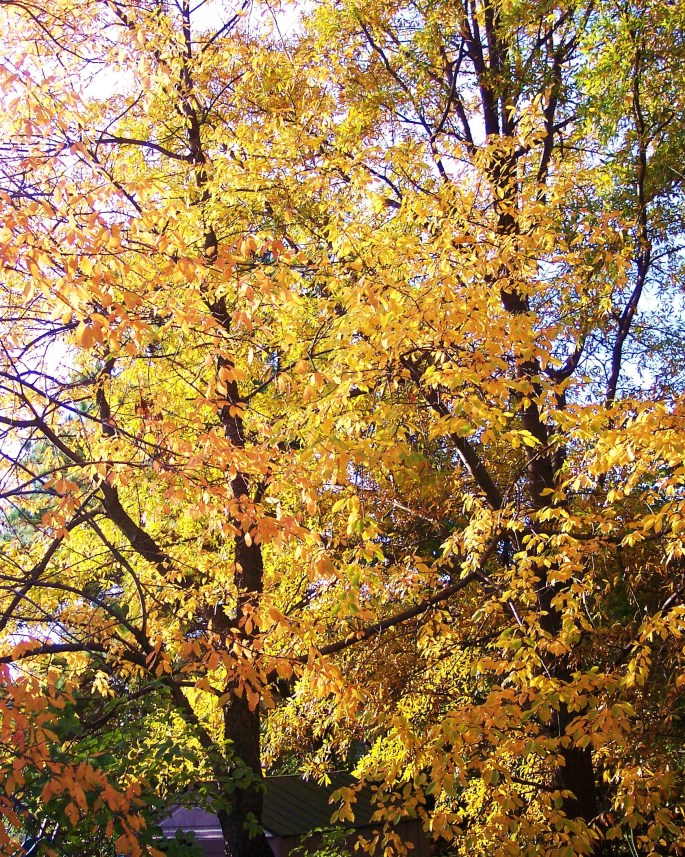 In terms of its power to evoke feelings and memories, the natural cycle of the changing seasons is so familiar to those who experience these transitions, that we can easily lose sight of how our memories of years observing them affect us emotionally. In spite of having a clear and powerful biological foundation in brain physiology, our emotional responses are highly subjective in nature, and what immediately stirs the feelings of one human may be met with a degree of indifference in another.

Difficult to define precisely, feelings can direct us in ways that are, in one instance, intuitive and insightful, and in another instance, self-destructive or violent. Our response to stimulus of every sort can be examined, analyzed, and traced to specific locations within the brain, but our physiological responses are only part of the story. Our emotions and feelings can also be influenced by forces far removed from simple biology. 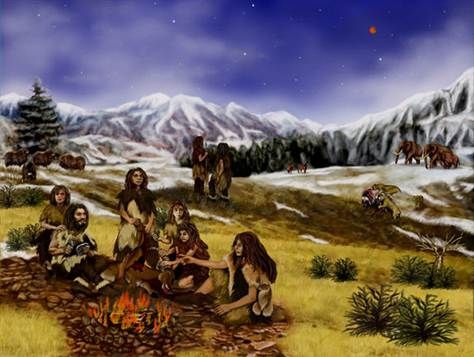 Emotions served our primitive ancestors in their struggle to survive the dangers and challenges of life long ago–emotions which still exist within us today–and we can infer a great deal from our increasing knowledge of the nature of life on our planet over the millions of years that it took for cognitive creatures to evolve on it. What likely began as an advantageous survival strategy has blossomed into a highly complex psycho-social phenomenon with far reaching implications in the study of the cognitive processes which are at the heart of human consciousness. All of our evolutionary progress has built steadily upon the increasing capacity for cognitive development, and on the subsequent dependence on our emotional responses for survival. 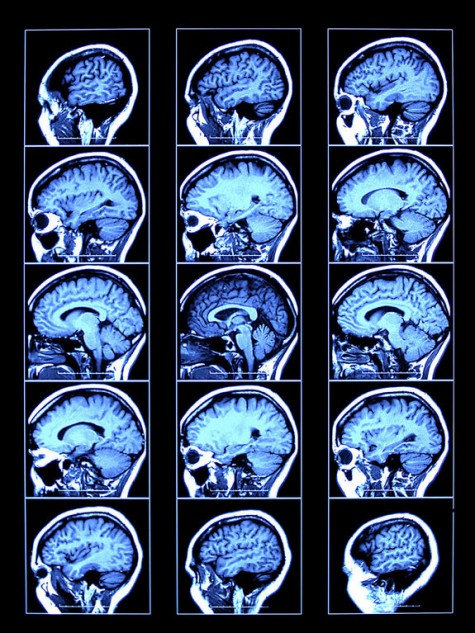 Our ability to recall our experiences provides a framework within which we can construct a context, in order to reflect on them, analyze them, and place them in perspective. Without memory, all the experience in the world would be for naught. Indeed, our ability to remember makes it possible to synthesize an entire lifetime of memorable emotional experiences, and damage to the brain can impair the process of memory to the point where it no longer accumulates. It might be argued, in such a circumstance, that if we cannot remember our experiences, in a purely practical sense, it would be the same as not having them. In fact, whether we remember them or not, experiences occur.

The subjective experience of consciousness–that richly textured sense of being–doesn’t require recollection in order to occur. Being is most vividly experienced in this very moment. Our awareness of being is an event of the “here and now.” Every moment which follows such an event (in a creature with a functional brain anyway) contains a memory of the previous moment of experience. Memory is essential to make sense of the world and to glean the benefit of experience, but it doesn’t manufacture experience. Our ability to recall previous experiences and to integrate them into the planning of future actions has been central for survival as a species, but remembering our experiences and having them are distinct phenomena.

We utilize the power of experience to learn and grow. We develop technologies and strategies based largely on what we learn from experience. Our ancient hominid ancestors were, in some cases, not able to survive, and in the case of Homo sapiens, not able to truly flourish and evolve, until they reached a sufficiently advanced level of consciousness. Once it was achieved, humans developed a truly significant sense of having and remembering experiences, as well as a means of expressing and culturally transmitting the importance of those experiences, and as a result, over thousands of years of practice, also acquired a better sense of how to utilize those memories.

Beyond these considerations, and largely the result of achieving higher cognitive capacities, our comprehension of the interrelatedness of all life on our planet has also made us aware of the interactive nature of cognition, and pointed out that we are the stewards of a global community of life forms which are remarkably dependent on each other not just for survival, but for fulfillment of a potential that expands well beyond the physiology of any one species. Humans are slowly coming to understand the importance of diversity not only within ecosystems and cultures, but also within their own individual experiences of consciousness.

The interrelatedness of all life in the phenomenal world reflects the even more complex and comprehensive relationships that support our dynamic inner life, represented in the relationships between cognition and physiology, between neurons and experience, between memory and emotions, and between electrochemical phenomenology and synaptic function. With the right approach, we could easily draw parallels that reach all the way from the most basic subatomic phenomena to the vastness of the known universe. The complexity of the brain is the perfect metaphor for the complexity of the universe! 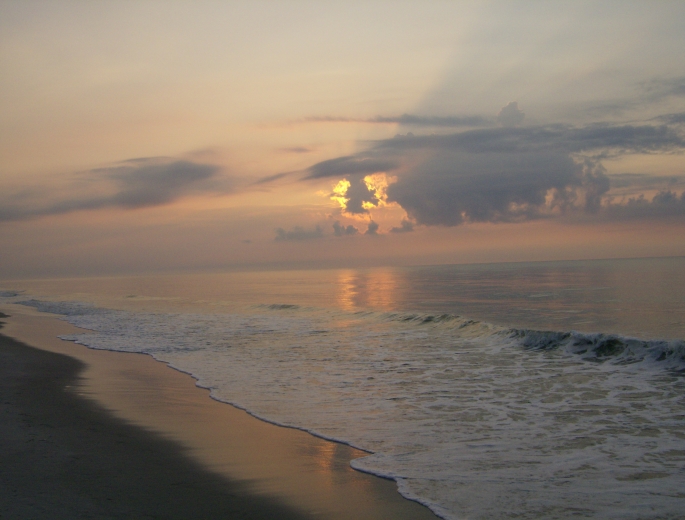 The relationships between these various components of life in the physical universe, like all such associations, have some aspects in common which are visible and comprehensible, others that are a great deal more subtle, and yet others which are, for the present, utterly incomprehensible. When we take a long walk on a sunny autumn afternoon, we experience our emotions and memories in the moment they take place. When we consider the vastness of time and space which eventually led to the development of life on earth, we can infer relationships based on our observations and analysis of data relevant to the circumstances in which they occurred, or by examining the bits and pieces left behind after centuries have passed. As cognitive creatures, with millions of years of evolution to support us, we can attempt to advance theories based on similar observations and data accumulated over centuries of reflection and contemplation.

5 thoughts on “Memory and Emotion”