Travel with me for a moment or two. Back…Back in time…even further back…to the dawn of the fullness of true self-awareness in our primitive ancestors.

What a moment it must have been when humans were able to finally know with certainty…”We are here–we exist.” Sentient human beings, at some point, were able to acknowledge, “I know that I am.” It seems likely that it was not possible to articulate this acknowledgement at first. The realization may have been simply a very rudimentary kind of “knowing.” It must have taken much longer to develop a means of expressing this fundamental acquisition. It is also likely that the earliest form of cognition was visual or composed mostly of mental images, and perhaps the initial apprehension of awareness consisted mostly of abstractions that had no practical means to be expressed except through gestures and actions which eventually drove the necessity of expressing them through the early forms of language.

Countless eons passed with no true appreciation of this fuller and more specific form of awareness or knowledge of existing as an individual, and as a larger social group or species. But when it finally appeared, it must have been astonishing to those who experienced it. Some initial form of it must have been percolating below the surface–protruding into the primitive mind. There was no formal oral language. Perhaps some rudimentary signalling or series of gestures appeared at first, which communicated urgent instinctual needs and desires. At some point, the first truly sentient humans became meaningfully self-aware. At that moment, I can only imagine how they must have opened their eyes one morning, and knew that something was completely different than the day before. It clearly must have been a gradual unfolding, not an instantaneous realization, but when it finally took hold, it began the journey toward self-realization until it eventually blossomed into modern consciousness. On that morning, the early Homo sapiens must have been awestruck, and may not have known what to do with it, or why it was there. Without language, it would be impossible to express the experience in a meaningful way. It may have been frightening in a way, even disturbing. Imagine yourself having an extraordinary experience or brand new sensation and NOT being able to ask yourself or another with words, “What is this strange sensation?” “What does it mean?” 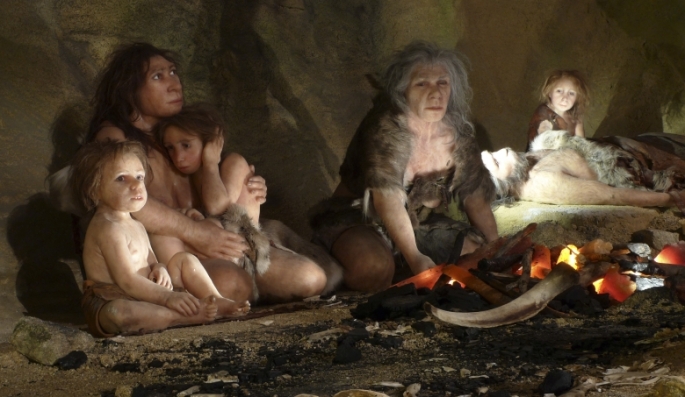 As time progressed, the earliest individuals with this new capacity, may have begun to notice this same strange new awareness in others. Perhaps, a glance, a signal, which on a previous day would have naturally resulted in an instinctual response, at some point, saw a day when that instinctual response rose up, but was quieted, suddenly paused, or halted, or stifled. It must have been confusing, having a sense that what was happening had never happened before. Gradually, every experience which followed must have seemed, in an important way, like a new experience, unlike the others before it. The emotional response to such a radical alteration of their daily experience might have produced a degree of chaos initially, making them fearful to some degree. We can only imagine how the experience of self-awareness in each individual may have affected their interactions with others as they struggled to comprehend the ancient world. It may have been like waking up from a dream, suddenly realizing you’re awake. We all know that experience, when maybe we have a repetitious dream, one we’ve had many times, and it suddenly goes quiet. There’s a transitional moment or two when you awake and you’re startled, and you think to yourself, “My God…it was a dream,” or even, “What WAS that?…it felt so real.” For those ancient humans, it WAS real. 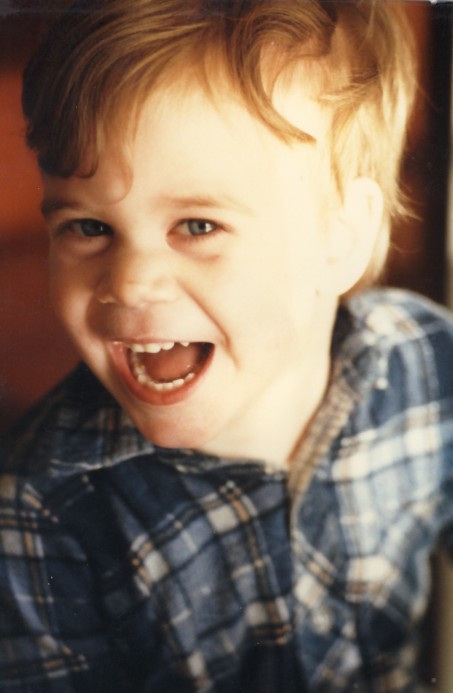 This capacity to be aware of being aware, might very well have been the driving force behind the development of a more complex and grammatical language, beyond the practical necessities of communicating the day-to-day urgencies of life during those early epochs. Think of all the questions that must have come up, with no words and no one to answer them but themselves. No one to look to, no guidance, no reference books, no wise elder who had already been aware for many years–nothing could have prepared them for the acquisition of such a radical alteration of their daily existence. Try to imagine what it might have been like to experience those first days and nights with full self-awareness, when it truly all came together and was realized by the individual having that experience! When we think back to our earliest childhood memories, they are like little glimpses–fleeting moments where aspects of our experiences suddenly made sense. It must have been very much like that for those early humans, perhaps having been asleep and upon waking, able now to wonder what it was all about. All those moments when they had brief flickering episodes of awareness, now could have a fuller sense of a context within which to better understand the nature of their everyday experiences.

Imagine how compelling it must have been to finally be aware of a subjective experience, and how that might have pressed those early humans to want to EXPRESS and share this feeling, with no possibility at first of doing so except with non-verbal communication. Think about what it must have been like for them to have the realization, for example, of how every clear morning they would see the sun rise above the horizon, and perhaps, before awareness, they would point to it and usually make a sound or a gesture, without realizing what it was, and now, with awareness, it felt necessary to associate that brilliant, blazing, yellow-orange ball in the sky with the gesture or by uttering a sound, as if to indicate, “There it is again, look at it!” Attempting to communicate the sentiment of the idea, not the idea itself, but the feeling which arose within them, may have been the very vehicle for associating what they saw with the gesture or sound that they uttered. At some point, others in those social groups started making the same gesture or sound when they saw the sun in the morning, and whenever any individual had that experience, they also would repeat the sound, and eventually, through repetition, that concept became accepted and associated with that sound.

After many years of primitive associative activity, and the spread of humanity throughout the different regions of the world, different developmental achievements from the various social groups were acquired, shared, and assimilated into the local cultures. The instinctive usefulness of fundamental tasks which enabled the early humans to survive, with this new awareness, could be enhanced and expanded through a more complex cultural and social development. With the eventual creation of language, the ability to teach what had been learned to ensure the survival of their children gave the early humans a unique advantage over every other species. When, at last, they descended into what would become known as the Caves of Chauvet and Lascaux, the pictures that they drew of the animals became symbols of the animals that they encountered in the world. It took many thousands of years more for the very first pictographic languages to appear, but the groundwork had been established, and the beginnings of self-awareness that gave rise to the NEED for self-expression, altered the landscape of humanity forever.

The first sparks of consciousness in humans, which likely appeared in our ancient ancestors hundreds of thousands of years before the appearance of Homo sapiens, eventually blossomed into fullness once the requisite components of human development reached the tipping point, probably during the Aurignacian epoch some 35,000 to 40,000 years ago, but was not immediately useful or practical in the way it is for modern humans in the 21st century. Many theorists today suggest that language was acquired and spread rapidly throughout the human population once it began to appear, and although a rudimentary form of subjective consciousness may not have required it in order to exist, it may very well have made its development essential in order for the fullness of the capacity to be self-aware to unfold.

10 thoughts on “The Dawn of Awareness”