After a tumultuous series of experiences in late 1973 and early 1974, and after a sufficient amount of time had passed to regain my bearings, I was able to complete my advanced training in Massachusetts, and was reassigned to a duty station in Monterey, California for training as a linguist. I didn’t know it at that time, but my adventure into spiritual awakening was about to expand exponentially. 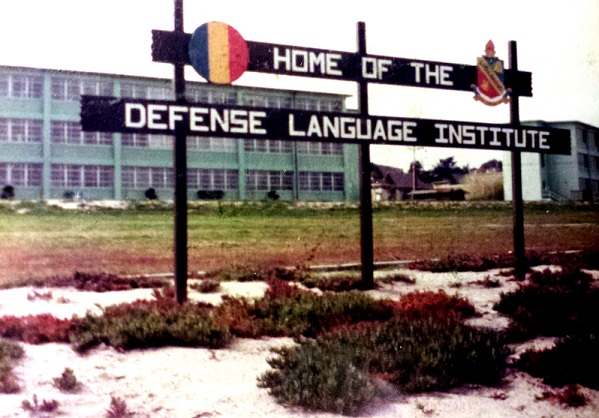 Unbeknownst to me, I was being sent to one of the most beautiful coastal communities in the country, and be in close proximity to a number of the most startling natural locations anywhere in the world. Up to that time I had always enjoyed being outdoors and often visited local parks and recreational areas as the opportunity came up, but nothing could have prepared me for the exquisite natural beauty which would surround me, as I immersed myself in one of the most intense language regimens ever devised.

At the same time, whenever free time was made available, I took full advantage of every opportunity to expand my knowledge of the world around me, and traveled extensively to places like San Francisco, Big Sur, Coastal Highway number one, Pinnacles National Park, and Yosemite. It was precisely the right place to be, at the exact right time, for me to engage my inner world, explore what had occurred in Massachusetts, and expand my awareness of the nature of the human spirit.

Almost six months into my assignment, traveling home from a late night double-feature at the local movie theater, on the dark coastal highway that had become so familiar to me from my frequent visits to share in the many activities which took place along that stretch of highway, I was nearly killed by two cars racing around one of the treacherous winding curves, and the car I was driving landed upside down on the side of the road. It had been raining and as I slammed on my brakes and turned hard to the right into what looked like the side of a mountain, my little Volkswagen actually drove up onto what looked like a wall on my right, and I watched in my peripheral vision as the two pairs of headlights passed me on the left. For a brief second or two, I thought I might have been able to return to the road safely, except right in the middle of that wall stood a sturdy wooden telephone pole, which seemed to come right up into my face as I blacked out. The drivers of the cars racing by did not stop.

According to the police report, they estimated that I laid upside down in my car on the side of the road for almost forty minutes, until a Good Samaritan pulled over and figured out a way to get me to safety, and called for an ambulance. This Good Samaritan never left his name or any way to get in touch with him. The hospital staff only knew that he was a nurse who just happened by that night and stopped to help.

Thankfully, I had been wearing my seat belt, which saved my life, but did not prevent my head from bashing against the frame of the windshield. I suffered a severe concussion and loss of memory of the event. I woke up several days later after being admitted to the hospital, and only learned what happened almost a week later, after my schoolmates came to visit me and told me what they knew.

It would take several weeks to begin to piece together some of what happened, when my memory started to slowly come back. After being released from the hospital, I was weeks behind in my linguist classes, and had to be tutored for about a month after the normal school hours to catch up.

The car had been towed to a local garage and when my friends took me over to look at it, my one friend remarked, “I thought you said you hit a telephone pole, but the damage is all along the front lengthwise.” I explained that when I hit the pole, the car was traveling sideways along the side of a wall. We looked at each other for a moment in silence, and then we all laughed as we stared at the horizontal indentation along the front of the car.

It seemed impossible to me that I would be able to drive it again, but the mechanic said that since the engine was in the back of the car, all they had to do was to pull the front fenders out a bit and the car started right up when I turned the key.

As I drove back to the base, it occurred to me that I had narrowly escaped death that night, and everything felt different after that.