As human beings, we are, in large part, unremarkably different from many other species on our planet in our physical core components and basic constituent parts and systems. In our most fundamental nature, we exist physically as they do, we are made up of the same essential molecular structures, we rely on very similar biological systems, and we require the same physical environment to sustain us. Our genetic structures and specific biological architecture are unique in some important ways, and our complex cognitive functioning distinguishes us from most other species to a degree that has permitted us to achieve dominance as a species overall, but these differences could easily be made irrelevant by catastrophic changes in our physical environment, similar to those which resulted in the demise of the dinosaurs.

Life has many layers and levels. Evolution has changed and continues to change the character of our existence in microscopically small increments, and we are only now, in this epoch of human history, beginning to see just how important our contributions have been as subjectively aware, cognitively capable, and intelligent beings and just how important they will be to the future of our world. For all the bluster and bravado of our human sciences, and the deeply entrenched and volatile pronouncements of our human religions, we still seem unable to reach beyond it all to come to terms with the true nature of our existence. None of it seems completely satisfying to most of us. It has always been my feeling that the reason for this has much less to do with the comprehensibility of our sciences or the verity of our spiritual inclinations, as it does with our understanding of the phenomenon of consciousness itself.

Reviewing material related to artificial intelligence lately has given me some cause to reflect on precisely what it is that we may be missing in all of the fascinating and thought-provoking conversations taking place around the issue. There are a number of efforts being made to recreate the physical structure of the human brain in some of the most prestigious institutions of our day, and several of the key figures of these efforts are genuinely striving to understand the processes which drive the cognitive apparatus inside our heads, in an effort to enhance the process of producing an artificial construct that can mimic the human brain. As compelling as these efforts are and as important as they may be for our understanding generally, (not to mention the progress we may achieve in correcting and alleviating brain pathologies,) what we will ultimately achieve by these efforts is still a matter of much speculation.

In a fascinating book by V.S. Ramachandran entitled, “The Tell-tale Brain,” we see not only a scientist enthralled by the subject of brain physiology, pathology, and functionality, but one captured by the implications of our struggle to understand how it all fits together with our experience of the world provided by the nearly miraculous capacities that our brains provide as a result of both function and comprehension:

I was especially intrigued by chapter nine, in which he deals with the phenomenon of introspection:

“Sometime in the twenty-first century, science will confront one of its last great mysteries:the nature of the self. That lump of flesh in your cranial vault not only generates an ‘objective’ account of the outside world, but also directly experiences an internal world–a rich mental life of sensations, meanings, and feelings. Most mysteriously, your brain also turns its view back on itself to generate your sense of self-awareness…Qualia (the immediate experiential qualities of sensation such as the redness of red) are vexing to philosophers and scientists alike because even though they are palpably real and seem to lie at the very core of mental experience, physical and computational theories about brain function are utterly silent on the question of how they might arise or why they might exist.” 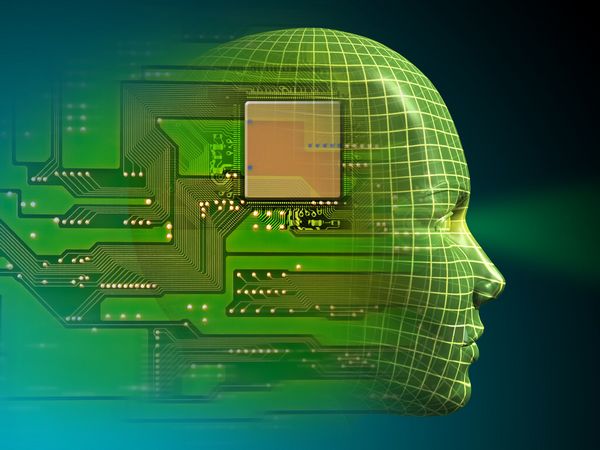 In his most recent book, “How to Create a Mind,” inventor and futurist Ray Kurzweil suggests that our efforts in artificial intelligence will eventually result in machines that will “become indistinguishable from biological humans, and they will share in the spiritual value we ascribe to consciousness.” In an attempt to explain the use of the term, “spiritual,” in a way that justifies his ideas to a broader audience, Kurzweil only succeeds in making the problem worse:

“Many people don’t like to use such terminology in relation to consciousness because it implies a set of beliefs that they may not subscribe to. But if we strip away the mystical complexities of religious traditions and simply respect ‘spiritual’ as implying something of profound meaning to humans, then the concept of consciousness fits the bill. It reflects the ultimate spiritual value.”

In my view, regardless of one’s position on the definition of “spiritual,” reducing our ability to access transcendent consciousness to merely putting enough neurons and synapses into one place in the way our brains arranges them, denigrates the profound nature of our humanity, and does little to promote the achievement of a fundamental theory of consciousness. As complex biological creatures, what we possess that the most sophisticated replica of a brain cannot fully manifest is our very human spirit which animates our “pulpy, throbbing colony of cells.” It is my belief that our rich inner life, our “experience” of existence, while facilitated by our complex cognitive functioning, making it intelligible to the degree that we currently enjoy, resists empirical scrutiny precisely because it does not “arise” from our physical systems, even though it may rely on them as a means of making awareness possible in the first place.

What we perceive as “experience” may, in fact, owe a great deal to the physical nervous system, and the foundational and cognitive functions of the brain, but consciousness itself, this ineffable vehicle of experience, may not spring from physical systems at all. It seems much more likely to me, as one who has these experiences, that they are far too rich, deeply personal, and profoundly beyond the natural world for them to be solely dependent on it for their existence. I suppose that removing the question of consciousness from the natural world makes scientists and philosophers a little nervous. Who could blame them? We are only recently ridding the world of many of its superstitions through science and modern philosophy, and all of our spiritual traditions, as diverse and marvelously well-suited to addressing the transcendent as they can be, quite often fall short of any better explanation.

One of the most compelling refutations to those who eschew the existence of anything transcendent or spiritual can be found in the genuine connections we sense between our own and other human spirits. Though these connections can be powerfully real “subjectively,” they cannot be demonstrated empirically. Any potentially tangible evidence that one might perceive for the existence of such connections, should it ever be forthcoming, is unlikely to convincingly persuade those whose experiences in this regard are limited or non-existent. For me though, when we find ourselves standing by the ocean, gazing out beyond the horizon, both the temporal and the transcendent can be viscerally experienced if we are open to them. Being given the privilege of looking deeply into the eyes of our beloved, or holding our newborn children in our arms, has never failed to convince me unerringly of the existence of the spirit. Convincing the world-at-large is a wholly different matter. In the weeks to come, I hope to illuminate some of the ways that we might become convinced to at least consider what a fundamental theory of consciousness might look like if we expand our view to include the ineffable.

12 thoughts on “A Fundamental Theory of Consciousness”