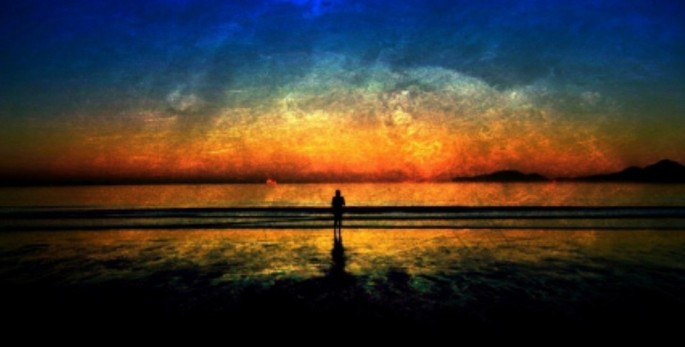 “The great events of world history are, at bottom, profoundly unimportant. In the last analysis, the essential thing is the life of the individual. This alone makes history; here alone do the great transformations first take place, and the whole future, the whole history of the world, ultimately spring as a gigantic summation from these hidden sources in individuals.” – C.G.Jung, 1934

Recent events in my life have shaken me to the core. In spite of all my efforts to come to terms with my very human nature, and to understand and appreciate more fully the human experience, I still struggle to comprehend it all. Even in view of what might be described as a degree of progress toward a greater understanding, my life as an individual continues to require additional reflection and contemplation, in order to approach the transformation that Jung addressed in the quote above.

Our individual lives are, to some degree, a mirror of the development of all life on this planet. Our beginnings are microscopic; our progression as a fetus in the womb has many of the features and developmental qualities of the life forms which existed prior to the emergence of our own species; our development from a child into adulthood is marked by sequential growth through physiological stages, levels of consciousness, accumulation of knowledge, and sophistication through experience. With only a little effort, one could draw many parallels from our individual growth as a person, to that of our collective development from a primitive, upright mammal to modern Homo sapiens. I also feel strongly that the metaphor could be extended to the generations of advancement in human consciousness, which in many ways has accounted for our continued survival as a species. 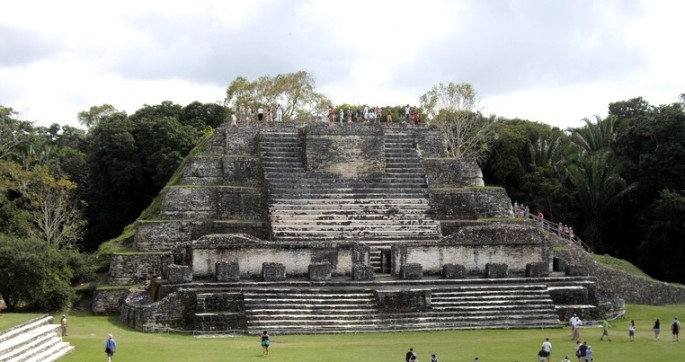 Looking at the events in the march of humanity from ancient times demonstrates a progression that could be compared to the maturation of a human child into adulthood. Two-thousand years ago the Mayans built pyramids in Mexico and Central America and developed their own version of a hieroglyphic writing system, mathematics, and a functional calendar.

More than a thousand years ago, Buddhist worshipers dug by hand the caves of Kumtura in Western China, hoping to attain advancement in the next life, painting elaborate portraits of the bodhisattvas on domes constructed in the shrines. 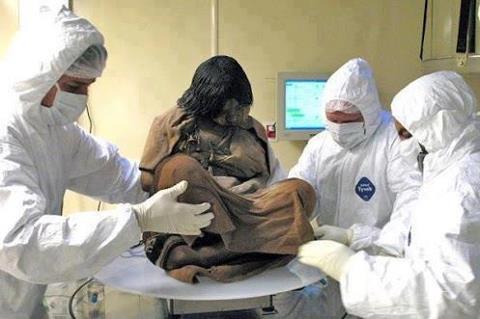 As recently as five hundred years ago, in the Peruvian Andes, a young teenage girl was ritually sacrificed on the summit of Ampato as an act of worship to the “mountain gods.” Slowly, the world of the ancients started to unravel and the ancient models of Aristotle and Ptolemy eventually gave way to the heliocentric solar system of Copernicus, the laws of planetary motion of Kepler, and the gravitational theory of Newton. This momentous revolution in human awareness brought with it an upheaval of almost every long-held conception of cause and effect in the world. Humanity began to re-evaluate their individual experiences in relation to these changes, turning away from age-old mythologies as a means of coming to terms with the inexplicable, setting the stage for the accelerating momentum towards a more comprehensive perspective.

In virtually every culture in the world people have progressed socially and gained psychologically from the individual perspective achieved through introspection. Once Homo sapiens acquired this capacity, they began to see themselves as part of a much larger and more expansive world. They started painting images on cave walls, indicating a growing comprehension of who they were, and developing a whole range of skills which enhanced their survival. Over thousands of years, as our comprehension grew, so too did our ability to gain from a greater understanding of ourselves. Once writing and formal grammatical language became commonplace, and humans had a way of expressing this understanding, the awakening to an inner world of thought provided the foundation for the many great intellectual achievements of human history.

Some of the greatest minds in that history, from the ancient world of Aristotle, Socrates, and Plato, through the epoch of Newton, Galileo, Da Vinci, and Shakespeare, all the way through to the modern world of Descartes, Darwin, Emerson, and Einstein, not only embraced the value of introspection, but also left us a record of the results of their contemplation in volumes of notebooks and journals which are rich in the benefits gleaned from their individual “self-reflection.”

Through the acquisition of self-knowledge and the nurturing of our inner worlds, we can attune ourselves to the realm of what can be, and through determined effort, eventually create an environment conducive to shaping future events. In this way, each individual contributes to the currents that steer them, and that is our doorway to tomorrow.

8 thoughts on “The Life of the Individual”