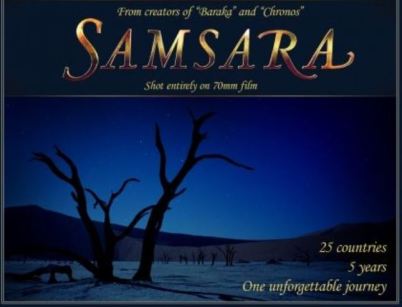 This week, I was finally able to view a film I’ve been wanting to see for some time called, “Samsara,” directed by Ron Fricke and produced by Mark Magidson, and was stunned at the richness of the diversity of locations filmed, and was both inspired and disturbed by the powerful effect of the contrasts presented in the film. 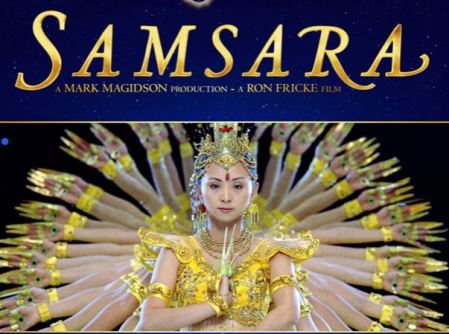 In Indonesia, Balinese Tari Legong Dancers perform a dance in a tradition that goes back over 100 years. Kilauea Volcano erupts and spews forth massive clouds of steam and smoke and lava in a process that began billions of years ago on the primitive Earth. A human child developing in the womb, almost fully formed, shown in the tiniest graphic detail, with the very beginnings of human life hanging in the balance. 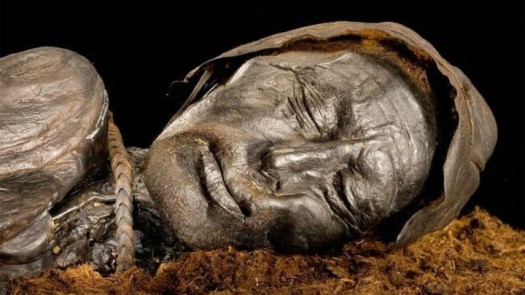 A human corpse of the anonymous Tollund Man, discovered in 1950 in a peat bog in Denmark, perfectly preserved, lies frozen in time, from the 4th century B.C., with the tiniest details of skin and facial hair preserved in its most raw form. The death mask of Tutankhamun displayed in brilliant detail, painted and golden, preserved with equally astonishing verity, from thousands of years ago. Each of these scenarios, in exquisite 70mm format, is part of the lead which introduces the film, “Samsara,” from the creators of the film, “Baraka.” 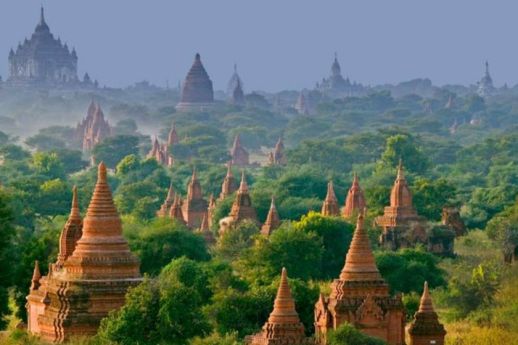 An extraordinary, almost alien landscape in the early morning haze, presents testimony to the extraordinary contributions that human beings sometimes make to the scenery of the natural world. Thiksey Monastery boys in Ladakh, India turning a prayer wheel. Monks making sand Mandalas. Switch from the barren deserts of Saudia Arabia, to the lush waters of Erupa Falls, in Angola.

Utter destruction from a modern catastrophe is followed by the exquisite beauty and grandeur of a palace in Europe. Natural wonders like spectacular waterfalls in Africa, rock formations in Utah, and volcanos in Hawaii, are contrasted with human-made wonders from ancient times like the pyramids, the Mayan ruins, the Hindu Temples of Angkor Wat, and the great Cathedral of Notre Dame.

“The official website describes the film, “Expanding on the themes they developed in Baraka (1992) and Chronos (1985), Samsara explores the wonders of our world from the mundane to the miraculous, looking into the unfathomable reaches of humanity’s spirituality and the human experience.”

Consulting the BBC.com website, I found a reasonably good explanation of the term, “samsara.”

“Hindus believe that human beings can create good or bad consequences for their actions and might reap the rewards of action in this life, in a future human rebirth in which the self is reborn for a period of time, as a result of their karma, which operates not only in this lifetime but across lifetimes: the results of an action might only be experienced after the present life in a new life. 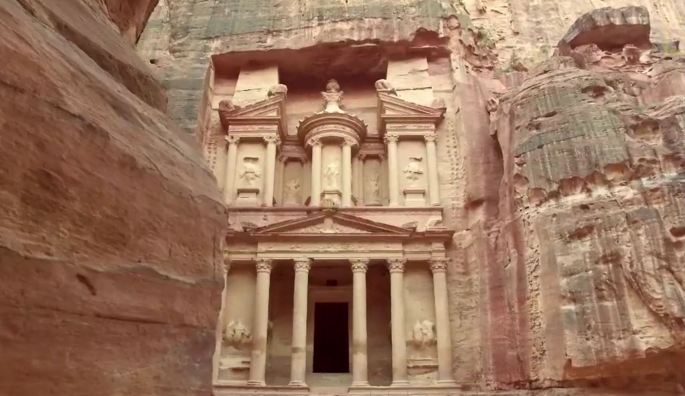 For me, the most significant takeaway from this extraordinary film was the astonishing variety within the collection of depictions of the works of humanity and of Mother Nature. The presentation is exquisitely executed and it provides a great deal of material for thoughtful reflection without a single word being uttered throughout. It is, at times, mesmerizing and uplifting, and at other times, it is deeply disturbing and thought-provoking. I recommend viewing it when you have sufficient time afterwards to consider the impact it will no doubt have and to allow the messages it carries to sink in.