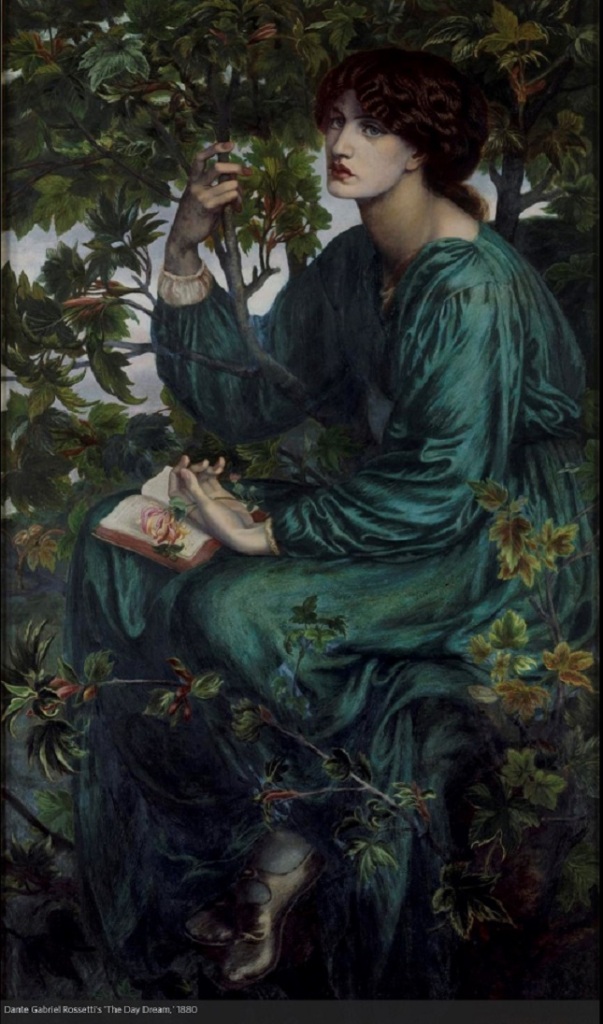 “Everything remembered is dear, touching, precious….at least the past is safe, though we didn’t know it at the time. We know it now, because we have survived.” –Susan Sontag, Partisan Review Winter 1967

“Daydreaming is good for you. It fosters creativity, happiness and mental health…Daydreaming, letting your wishes and instincts play out, is so important because the real you– your true, authentic, emotional, free and spontaneous self comes to life. When you express the true self you are less likely to feel anxious or depressed and more likely to feel creative and content…Memories, fantasies, intuitions and inner conflicts that need to be worked through find a place for expression in daydreams. When your deeper mind opens up, you feel better, see possibilities and uncover solutions. Daydreaming strengthens the identity, fosters awareness and helps you grow…”

–excerpts from article in Psychology Today, “Creativity, Happiness and Daydreaming,” posted May 27, 2012, by Carrie Barron M.D.

Reflecting recently on the idea of the wandering mind, it occurred to me that daydreams often take up a significant portion of my daily mental life, and as the quote from Dr. Barron points out, it can have benefits for those who employ it in moderation. Recently, though, it seems that engaging in wandering mentally has become what I prefer to do whenever the opportunity presents itself, and seems to affirm her conclusions, particularly the one about opening your deeper mind allowing you to “…feel better, see possibilities, and uncover solutions.”

During a recent episode of concentrated daydreaming, I decided to record my wandering thoughts, hoping to gain some perspective or intuition from the stream of daydreaming consciousness. The recording took place in solitude, in a warm bath, and in a spontaneous state of mind: 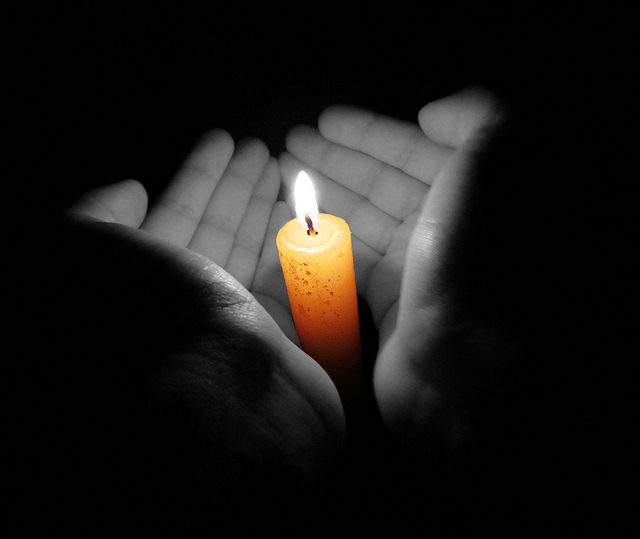 “There is a single candle burning in the corner. The water is warm and surrounds me on all sides. There is no light except for the candle, and yet, this is not completely true. There is another kind of light in the room, but it is not of the visible sort. It is, in some ways, a memory of light–in some ways the essence of light–and in other ways, a monument of light.

The memory of light, as it once shown, occurs often enough to evoke the feeling of the experience of the light, even as I might sit with eyes closed, allowing my wandering mind to illuminate the darkness without the benefit of an actual source of light being present. And yet I feel such comfort from the flame of the candle in the corner. It is a very small flame, but it speaks to something much greater–the sense of mystery and awe that I am even here to observe it in the first place.”

There have been a number of times in my life when I came close to extinguishing myself through accident or serendipity–never by intention–even though we often conduct our lives with other intentions of one sort or another, we occasionally place ourselves on the path of danger. I have been on the path of danger many times. Danger and I are old friends. As I contemplate the possibilities which may endanger me on the path ahead, perhaps the greatest danger is revealed upon reflection of the past:

“A long time ago, in centuries past, we existed on a plane that can no longer be reached. It is clearly in the past, but it also here and now in my wandering mind. We breathed the same air. Our hearts beat in rhythmic unison. I gazed deeply into your eyes; inhaled the scent which rose from your body; embraced the spirit inside you. At such moments, though bodies touch and hearts beat independently, we were one. My heart rose with each embrace. My spirit expanded until it encompassed yours; it has happened a hundred times a hundred times over centuries…and now…I know your spirit. I can see myself in you; our paths are illuminated by each other.

We have no patience. We cannot say what makes all of us as one. It must be experienced. In the ages past, when we first encountered the path, everything else disappeared. The whole physical world went dark except for the immediate area which surrounded us. As my eyes fell upon you, there was a powerful moment of astonishment and utter fascination. I couldn’t be sure if what I saw was the brilliance of the morning sun or a natural aura surrounding you. Like the fascination one feels staring into a fire in the darkness, I couldn’t turn my gaze away.”

Life itself contains the essence of light. We sometimes refer to difficult days as “dark days,” and celebrate joyful people as “lighting up a room,” whenever they enter it. When we lose the trail of thought or come to a point on our path where we lose track of our direction, we say the trail has “gone dark,” and conversely, when we see a path forward, we may say that our path is now “illuminated.”

When I was a very young grammar school student I was fascinated by the ancient world, far beyond what any of my fellow classmates seemed to be, and I delved into it mentally with a passionate intensity within my own inner world, and it seemed to me that no one even noticed my absence in the room as I wandered through the thoughts of what it must have been like to live in ancient times. There was no frame of reference for me or for the others either, but somehow I persisted and continued to indulge my daydreams. I wasn’t able to express the content or the character of those machinations. It was probably about the age of twelve when I realized that I obviously was contemplating experiences that could not be the result of what was manifesting in my everyday real world. I never lost this dual awareness as I grew, and even as a young man in the modern military in Germany, I couldn’t help but spend any available moment staring out the window, lost in the inner world of my daydreams.

“While in between tasks, (during a recent study) researchers noticed that a set of brain structures in their participants started to become more active. These same structures turned off as soon as the participants began to engage in the cognitive tasks that were the original focus of the research.

Eventually, scientists were able to pinpoint this set of specific brain structures which we now know as the brain’s “default network.” This network links parts of the frontal cortex, the limbic system, and several other cortical areas involved in sensory experiences. While active, the default network turns itself on and generates its own stimulation. The technical term for such a product of the default network is “stimulus independent thought,” a thought about something other than events that originate from the outside environment. In common speech, stimulus independent thoughts make up fantasies and daydream, the stuff of mind wandering.

Apart from entertaining us when we’re bored…the preponderance of evidence suggests that the default network is there to help us explore our inner experiences (Buckner et al., 2008). Specifically, we engage our default network when we’re thinking about our past experiences, imagining an event that might take place in the future, trying to understand what other people are thinking, and assisting us in making moral decisions.”

–excerpts from article posted on Psychology Today website, “Why and How You Daydream,” Jan 08, 2013 by Susan Krauss Whitbourne Ph.D.

In the evening, as the days grow longer, and the daylight lingers, I sense a change beyond my control. I don’t know at all how I might survive it. Clinging to the grasp I have, I try to express myself in positive terms. I am uncertain about the future. What I do know, is that there is something more for me, my world–it is headed for the unknown, the incongruous, the ambiguous–the complete and utter boundlessness that the realm of possibility presents. I can stare blankly ahead, I can retreat, look away, drop into obscurity, but no matter where I go, my destiny will find me. When it does come, with luck, I will be able to pursue it. When my star rises, and the wheels begin to turn in that direction, perhaps there is a chance, after all these years of contemplation and writing, I may be approaching the culmination of the sum of all my daydreams.

3 thoughts on “Daydreams and Intuition”