“The psyche (mind) is not of today; its ancestry goes back many millions of years. Individual consciousness is only the flower and the fruit of a season, sprung from the perennial rhizome (root) beneath the earth; and it would find itself in better accord with the truth if it took the existence of the rhizome into its calculations. For the root matter is the mother of all things.” – C.G. Jung from “Symbols of Transformation”

From the very first moments of cognizance in my life, I have had the relentless, nagging suspicion that I have been born into this world, not purely as an innocent, and perhaps more importantly, not in the fullest sense, strictly and only who I am in this life. As a child, I was constantly confronted with puzzling looks from my peers, as well as from some adults, which gave me the sense of being somehow peculiar in a way that no one else seemed to be. As an emerging young conscious child, I often experienced moments when I suddenly felt a curious “otherness” about myself, and I spent a great deal of time alone just thinking, or wondering what could possibly be wrong with me. Whenever I questioned an adult about these feelings, they would inevitably suggest that I was talking nonsense, or that I should forget about those thoughts.

As I grew older, and began to comprehend the world as an emerging adult, the feelings never left me, prompting me to fear that I would never understand the source of these inexplicable sensations of alienation and despair. In my twenty-first year of life, as a young soldier in the Armed Forces stationed just outside of Boston, the experience I described in the previous post shook me to my very roots. I could no longer ignore the feelings and memories of my inner turmoil as I had my entire life. In order to unravel the mystery, I began a research project at the main library facility in Worcester. 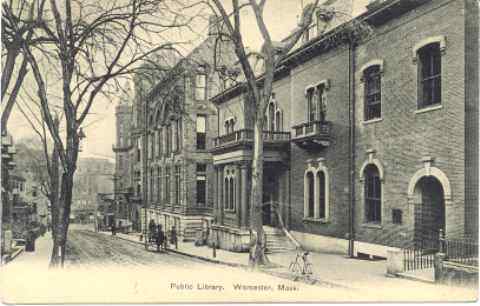 My research led me to the discovery that there had been a man named Jonas Rice who was a soldier in the Continental Army during the revolutionary war. His father, Jonas Rice, Sr. was one of the founders of the city of Worcester, and was buried in the city commons. The story of Jonas became an obsession with me, and from the pages written at the time of the original incident, I began to piece together the journey revealed in those writings, and launched an investigation that would last more than thirty years. Although there was a great deal of turmoil within me, and many other urgent matters to attend to as a military man, it seemed to me that I was on a very important path and yielded to the flow of events without prejudice. I wanted to see where it would take me. I didn’t have to wait long.

Periodically, similar sensations would occur like the one I experienced previously, and at some of the most inconvenient moments. As I reported in my posting, “Belief and Reason:”

” It was so disturbing, that I took the extraordinary risk of seeking out a mental health professional at the military base where I was stationed. It was a risk because I was training as a military intelligence specialist with a security clearance, and any demonstration of unusual or reckless behavior or any report of such behavior, could lead to dismissal and reassignment. Much to my surprise, my sessions with this professional person, while not particularly helpful in resolving the explanation of this event, did point me in a helpful direction, and I began my own research into a variety of disciplines in my quest for understanding.”

Training as an intelligence specialist at that time required that I learn Morse code, which was done by listening to the Morse code signals over a headset and typing the characters and numbers being broadcast on a manual typewriter. The signal would come across in groups of five characters of numbers and letters separated by a space, and there would be ten lines of fifty characters to make a block. It was a daunting undertaking at first, but as my competence grew, the speed would be increased, until as a practical matter, you couldn’t type as fast as the characters were coming, so you needed to remember what they were in order to keep up. I found myself almost in a trance-like “zone” as I would type away, and several times a week, I would look up at the page and notice that the normal grouping of five characters across the page were intermittently spelling out words, and sometimes I ended up abandoning the code altogether and start to write sentences on the code forms. 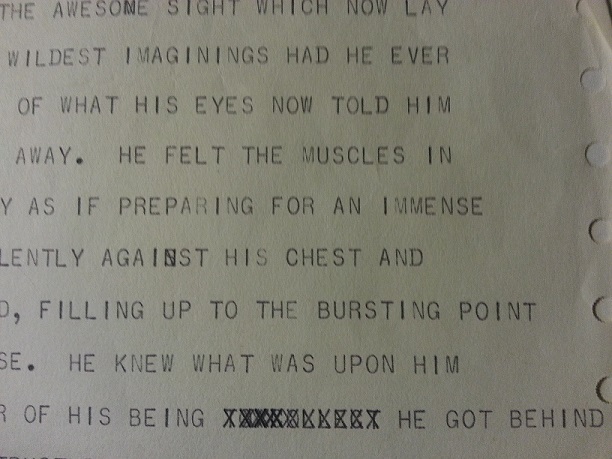 Right about in the middle of the course, just weeks after the abrupt psychic occurrence that started everything, I was seriously injured in a fall, plunging my left arm through a window. My recollection of the incident borders on an “out-of-the-body” experience. I initially stood up, thinking that someone behind me had broken the window, only to discover a large gaping wound on my left arm, now seriously leaking and exposing the bone. I immediately went limp and next remember waking up on the floor in excruciating pain. In order to stop the bleeding, a young man in my unit, recently returned from a tour of duty in Vietnam as a medic, was applying serious pressure to my arm, without realizing that there was a half-dollar sized piece of glass still in my arm.

I was quickly transported to the base hospital and was essentially told that in all likelihood, I would not be able to use the arm again. In the ensuing weeks, as I lay recovering from surgery in the hospital, much to my surprise, I slowly regained the use of my arm with only a slight loss of strength. I was eventually able to recover sufficiently to return to the Morse code class, where the periodic episodes of writing instead of coding became less and less frequent.

Next time….training as a continental soldier….

5 thoughts on “Making Sense of Chaos”